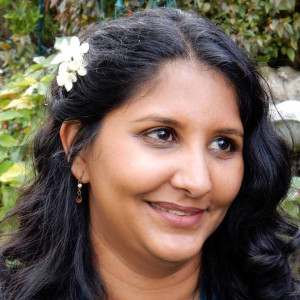 The University of the West Indies was thrown into mourning yesterday, following the death of Dr Giselle Rampaul, a lecturer in Literatures in English in the Faculty of Humanities.

Rampaul, 40, died suddenly on Thursday while warded at the West Shore Medical Private Hospital in West Moorings. Rampaul, of Couva, passed away at about 2.30 pm.

Relatives were said to be very distraught over her passing and expressed utter shock, especially given the fact that Rampaul was not suffering from any ailment.

She has published work on the intersections between British and Caribbean literature; and was working on a monograph on Shakespeare in the Caribbean. She was also the founder and producer of The Spaces between Words: Conversations with Writers podcast series.

In her capacity as Shakespeare expert, Rampaul worked with the British Council on an intra-Caribbean production with colleagues in Trinidad and partners in Jamaica, Cuba and Barbados.

In a statement yesterday, the council said that it was a “pleasure to work with Giselle and the British Council would like to express its sympathies to her family, friends and colleagues. May she rest in peace, with her beautiful smile.”

Rampaul, who started lecturing at UWI in 2003, was described as one who was “definitely not your regular-type of lecturer.” At the time, she was just a few years older than some of her first students at the university, but she quickly gained respect because of her wide and in-depth knowledge.

Rampaul is a former UWI graduate who pursued a BA in Literatures in English. She did exceptionally well at the undergraduate level and was awarded a UWI post-graduate scholarship and earned an M Phil, again in Literature.

It was during her post-graduate years conducting undergraduate tutorials at UWI that Rampaul decided to go into the teaching field, eventually giving lectures all over the world, from the United Kingdom to several other European countries.

Her former students and colleagues also took to Facebook to express their condolences.

Jordanian student Barkuzar Dubbati, in a post, said he met Rampaul at a Shakespeare conference in Sterling a couple of years ago.

“We happened to be standing next to each other at the cafeteria line and we started talking. She was one of the most approachable and kindest people I have met. It is so sad to hear of her passing. May she rest in peace.”

Shanthini Pillai said she met Rampaul at a conference in Copenhagen about 15 years ago and fell in love with her (Rampaul’s) “engaging mind and her exuberant warmth. This really is so sad. May she rest in peace.”

“I’ve admired how she used that incredible brain of hers to light up all of our lives. Rise In Power Giselle. You will be missed,” Fraser said.