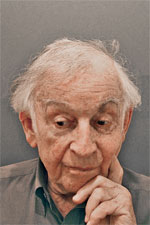 Professor Sidney Mintz, a great pioneer of Caribbean anthropology and Caribbean Studies passed away on December 27, 2015. Mintz was 93.

Beginning fieldwork in 1948 as a member of the “Puerto Rico Project” directed by Professor Julian Steward, Mintz conducted fieldwork across the Caribbean, including many years in Puerto Rico, Jamaica and Haiti.

His initial Puerto Rico fieldwork went on to become the 1960 ethnographic classic, Worker in the Cane: A Puerto Rican Life History. This work was part of a larger transformation in anthropology. In Worker in the Cane, anthropological analysis and ethnography became far more interested in interconnection between the local and the global. It broke with the discipline’s canon that explicitly stated the world was a place of isolated cultures divided from one another, empty of contact.

Mintz situated Caribbean communities and individuals within world history, political economy, and others areas like African diaspora, Atlantic slavery, global migration, peasantries, mechanisation, and the collision between colonial processes and capitalist production. He gave the Caribbean people he wrote about agency and trampled on an older, bounded, and unchanging definition of culture.

Many brilliant publications followed including the manuscripts Caribbean Transformations (1974), Colonialism and Racism (1974), The Birth of African American Culture (1976) co-authored with Richard Price, and ‘Sweetness and Power: The Place of Sugar in Modern History’ (1985).

Sweetness and Power transformed the border between anthropology and history forever, and brought Mintz to the global mainstream. It is still one of the best selling books ever published in Caribbean Studies. It described the political-economic history and rise of the global sugar consumption. It tied plantation slavery, world capitalism, the socio-cultural development of taste, and Marxist anthropology into a single narrative able to illustrate capitalism as a cultural system.

Another important contribution from Mintz’s work was his argument the Caribbean is a “sociocultural area.” He noted specific social features to the region but stressed it was not a cohesive culture. To paraphrase Karla Slocum and Deborah Thomas, he did not stress the commonalities across islands and nations, instead he emphasised the immense cultural heterogeneity of the region, and was against scholarship suggesting one specific cultural model could explain and characterise the entire Caribbean.

Latterly Mintz continued to publish and present. Giving us the books, Tasting Food, Tasting Freedom in 1996, and most recently Three Ancient Colonies in 2010, which brought his years of research on Puerto Rico, Jamaica and Haiti full circle.

His students, colleagues and research partners remember Mintz fondly as not just a brilliant academic, but also as kind, helpful and wonderful. And as Mintz once said of Professor Melville Herskovits, it will now be said of Mintz himself: No student of the Caribbean can claim to be uninfluenced by the work of Professor Sidney Mintz.