You are invited to join us on 25 March, from 8:45 a.m. to 10 a.m for “Still We Rise”, an online cultural event, co-organized by the Department of Global Communications, the United Nations Educational, Scientific and Cultural Organization (UNESCO) and the United Nations Population Fund (UNFPA).

The event will include musical and spoken voice performances, a mini-documentary produced by UNFPA LACRO, a multilingual poetry rendition by young people from around the world, as well as a moderated substantive discussion. The event also includes statements from the United Nations Deputy Secretary-General, the Executive Director of the United Nations Population Fund (UNFPA), the Deputy Director General of the United Nations Educational, Scientific and Cultural Organization (UNESCO) and the Permanent Observers of the African Union and the Caribbean Community (CARICOM).  To register, please click here. 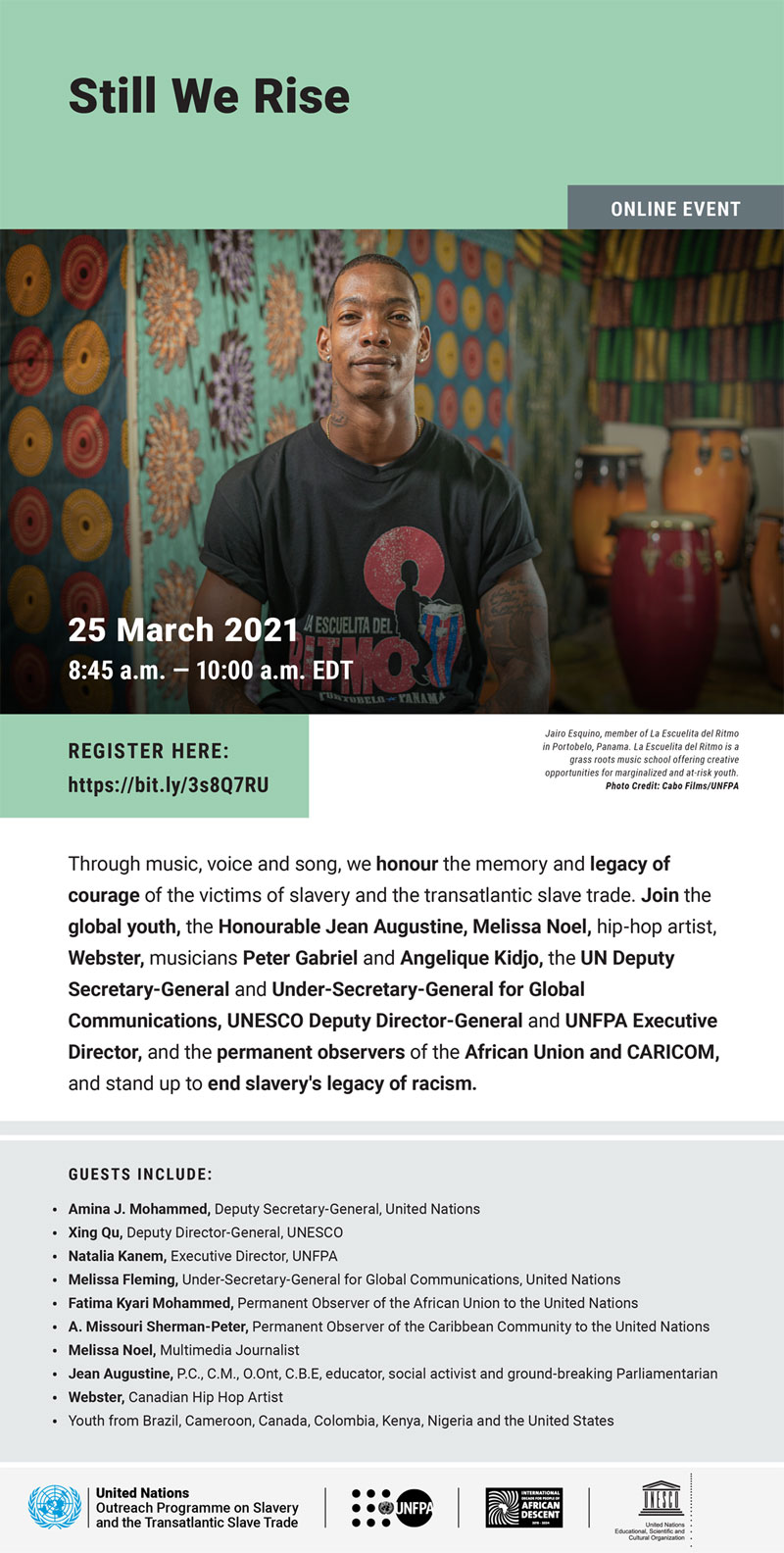