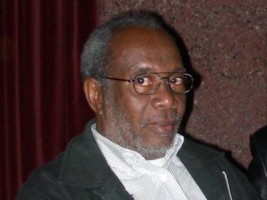 Président Jovenel Moïse :
“President Jovenel Moise salutes the memory of a talented writer, a great intellectual figure […] The death of Professor and poet Jean-Claude Fignole is a great loss for the country. His brilliant intelligence, his kindness, his commitment to the renovation of his hometown as Mayor of the Abricots, as well as many other qualities will miss us a lot […] Jean-Claude Fignolé had created a place of choice for himself in Haitian intellectual circles with his remarkable novel work whose originality and relevance have been hailed throughout the world.

On his own behalf and on behalf of his entire administration, President Jovenel Moïse presents his sincere condolences to the family of the writer Jean-Claude Fignolé and his family.”

Prime Minister Lafontant :
“On behalf of the Government, Prime Minister Jack Guy Lafontant, salutes the memory of an immense writer and sends his sad condolences to his family, his relatives and the cultural world.”

Read more about Jean-Claude Fignolé :
Jean-Claude Fignolé, born May 24, 1941 in Jérémie, was one of the founders of the literary movement called spiralism in collaboration with Frankétienne and René Philoctète. So he had put his knowledge, his vision at the service of education at the College Jean Price Mars that he had co-founded with René Philoctète and Victor Benoît.

His romantic work of a great variety has deeply marked Haitian literature as much by its modernity, its realism as by the exceptional work realized at the level of the writing and the language, as testify in particular in the “Les Possédés de la pleine lune” and “Aube tranquille”.

In the 1980s, he provided essential support to the inhabitants of his native village of Abricots in the Grand’Anse. A father of three, Jean-Claude Fignolé has been mayor of the commune of Apricots since 2007. He assisted the inhabitants in a development work of all necessity (reforestation, education, health, road constructions, agriculture) in order to stem the rural exodus.