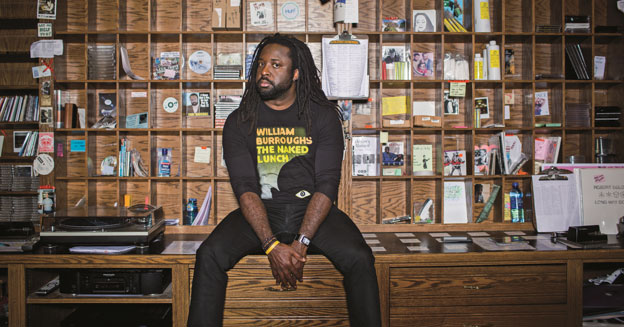 The Journal of West Indian Literature announces the November 2018 Special Issue dedicated to the work of Marlon James. From his first novel, John Crow’s Devil, that engages queer sexual identity, religious dogmatism and violence, through his outstanding second novel, The Book of Night Women, that focuses on slavery, racial hegemony and female agency, to The Brief History of Seven Killings, which looks at the political upheaval of the 1970s, transnational crime and popular culture, James has created dramatic renditions of Jamaican history. While all of his novels have been well-received, his literary profile has exploded since he won the 2015 Man Booker Prize for Brief History.

This win, in particular, not only exposes the huge international attention that can come from prize winning, but also highlights issues of literary marketing, audience expansion and reception politics that surround Caribbean literary production. James’s complicated identity feeds into his layered international, regional and national reception. For example, the timing of his identity declaration via the “in a coffin or a plane” New York Times article brings together the imbricated issues of sexuality, violence, history and national identity. These are issues that surface in all his works. Although much of the current attention has been on Brief History, the editors of this special issue would like submissions that critically assess the body of his work. Contributors may give attention to one or more of his novels.

Suggested topics include but are not limited to: