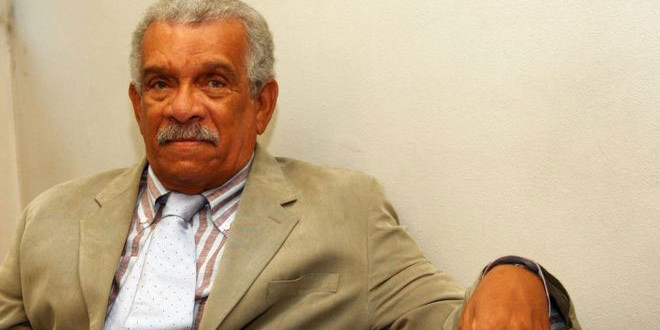 Nobel laureate poet Derek Walcott has died aged 87 at his home on the Caribbean island of St Lucia after a long illness, local media reports say.

He was regarded by critics as one of the greatest Caribbean poets.

The writer’s collections include In A Green Night: Poems 1948 – 1960 and his epic work, Omeros, which draws on Homer’s Iliad and Odyssey.

He won the Nobel Prize for Literature in 1992 and the TS Eliot Prize for Poetry in 2011.

His winning collection for the TS Eliot Prize, White Egrets, was called “a moving, risk-taking and technically flawless book by a great poet” by the judges.

The Nobel Committee, announcing his prize, said: “His poetry acquires at one and the same time singular lustre and great force… Walcott’s style is melodious and sensitive.”