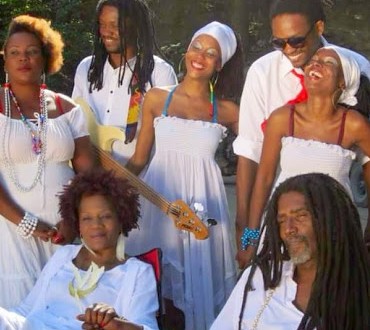 We are pleased to announce that we have contracted the Haitian “rasin”  group Boukman Eksperyans to play for our post banquet closing conference fete at the Marriott, Port-au-Prince on Friday June 10, 2016. According to their promotional material, the group is named after the famous Boukman Dutty who, in 1791, “at a ceremony in ‘Bwa kayiman’ united the rebel groups to launch the first great insurrection of the Haitian revolution which ended slavery and created the  nation of Haiti, the first black independent nation in the western hemisphere. The group was founded by Theodore “Lolo” Beaubrun, Jr. and his wife Mimerose “Manze” Beaubrun in 1978.   With politically engaged lyrics, Boukman Eksperyans presents musically a “palette of rhythms and incorporates different musical traditions of the Haitian peasantry  — rara, peasant songs, songs of voudou rituals – but also rock, reggae, soukouss, funk, R&B and more recently Hip Hop.”  We are fortunate to have Boukman in Haiti for our conference for which they have postponed a concert in Liverpool,  England,  in order to welcome you to their home country.