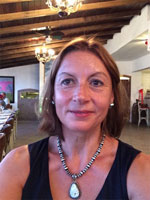 Rita Keresztesi received her Ph.D. in Literature at the University of California, Santa Cruz in 1999. Currently, she is Associate Professor of English at the University of Oklahoma. Her research and teaching focus on African and African diaspora literary and cultural studies: the Harlem Renaissance, Back Arts/Black Power, Afro-Caribbean literature, music and cinema, and postcolonial African cinema.

She has been an active member of the Caribbean Studies Association since 2006.

She was a Fulbright Scholar teaching in the Anglophone Studies Department at the University of Ouagadougou and conducting research in Burkina Faso and Ghana during the academic year of 2010-2011. 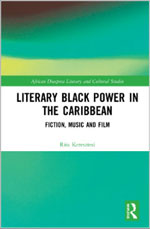 She is the author of two books: Literary Black Power in the Caribbean: Fiction, Music and Film (Routledge 2020); and Strangers at Home: American Ethnic Modernism between the World Wars (Nebraska UP 2005). She is co-editor with M. Higgins and D. Oscherwitz, The Western in the Global South (Routledge 2015). Her recent publications include:“Hip Hop Politics – West Africa” (A. Borah, B. Falola, T. Falola, eds. Creative Incursions: Cultural Representations of Human Rights in Africa and the Black Diaspora); “Bekolo’s ‘Dictator’ Televised” (C. Baker, H. Grayson, eds. Fictions of African Dictatorship); “From Hip Hop to Nollywood: Resistance in Music and Film in West Africa” (S. O. Oloruntoba, V. Gumede, eds. State Development in Post-Independent Africa); “Hip Hop Politics: Agitation through Film and Music in West Africa” (Ivorian Journal of Comparative Studies); “‘The Business of Becoming a People’: Rebellion and Revolution in Earl Lovelace’s Is Just a Movie” (P. Donatien and R. Solbiac, eds., Critical Perspectives on Conflict in Caribbean Societies of the Late 20th and Early 21st Centuries); “Cowboys and West Indians: Decolonizing the Western in Perry Henzell’s The Harder They Come” (M. Higgins, R. Keresztesi, D. Oscherwitz, eds. The Western in the Global South); “Hurston in Haiti: Neocolonialism and Zombification” (C. Moreman, C. J. Rushton, eds. Race, Oppression and the Zombie: Essays on Cross-Cultural Appropriations of the Caribbean Tradition).