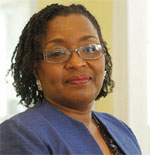 CSA would like to congratulate long time member Rhoda Reddock, on her election to the UN CEDAW Committee for the period 2019- 2023. In July this year she was also elected to the Executive Committee of the International Sociological Association, the first Caribbean person elected to that position. In the past, she has served on the Council of the Caribbean Studies Association and as a member of its advisory board.

Born in Kingstown, in St. Vincent and the Grenadines to a Vinci father and Trini mother, she is a citizen of Trinidad and Tobago having moved there at age seven. She completed her undergraduate education, at the UWI Mona campus in the exciting 70s (B.Sc. Social Administration) and credits that with the strengthening of her already existing commitment to social and gender justice. She went on to gain a Masters of Development Studies from the Institute of Social Studies, The Hague, and a Doctorat, Social Sciences (Applied Sociology) from the University of Amsterdam. A graduate of Bishop Anstey High School, Trinidad and Tobago, Professor Reddock’s academic career began as lecturer, Cipriani Labour College in T&T, and associate lecturer at the Institute of Social Studies, The Hague, The Netherlands. She began her UWI career as research fellow at the Institute for Social and Economic Research of the UWI St. Augustine campus in 1985, moving on to become lecturer in the Department of Sociology in 1990.  She was actively involved in the process leading up to the institutionalisation of gender studies at the University of the West Indies and assumed her former position as head, Centre (now Institute) for Gender and Development Studies, St. Augustine in 1994.

Professor Reddock’s research and teaching interests have been multidisciplinary but concentrated in the broad areas of development studies, Caribbean social and feminist thought, women, masculinities and gender.  More specifically this has included the examination of women’s labour and social movement history; the gendered implications of global economic development; gender, race/ethnicity and citizenship; feminist theory; environmental studies; gender and sexualities and Caribbean masculinities. Her publications including eight books (2 award-winning), three monographs, four special journal issues and over seventy peer-reviewed articles and book chapters.  She is also the recipient of numerous awards including the UWI Vice Chancellor’s Award for All-Round Excellence in Teaching and Administration, Research and Public service in October 2001 and in July 2002, the Seventh CARICOM Triennial Award for Women, the US Department of State International Woman of Courage Award in 2008 and the UWI-NGC Research Award 2014 for the Most Impacting Research Project. In March 2012, she received an honorary doctorate from the University of the Western Cape in South Africa and in August of the same year the Trinidad and Tobago national award – Gold Medal for the Development of Women’s Rights and Issues (Higher Education.)

Well-known as an activist in the Caribbean and global women’s movements.  She was a founding member and first chair of the Caribbean Association for Feminist Research and Action (CAFRA); and currently an advisor to the Global Fund for Women and a member of the now defunct Regional Advisory Committee of the Global Coalition on Women, Girls and AIDS established by UNAIDS. She is also a founding member of the Caribbean Network on Studies of Masculinity.  More recently she was lead researcher of the action/research project – Breaking the Silence: Child Sexual Abuse and Implications for HIV which is spearheading the Break the Silence campaign with the Blue Teddy symbol that has caught the imagination of communities throughout Trinidad and Tobago and the wider Caribbean region.

A longstanding CSA member, this organisation has a special place in her heart.

Rhoda Reddock is a sociologist and development studies scholar with expertise in a range of areas including feminist and gender studies, and critical race and ethnic studies.  With an academic career spanning many years she is a former deputy campus principal of the University of the West Indies, St. Augustine campus and head of the Centre (now Institute) for Gender and Development Studies and lecturer in sociology.  An activist in the Caribbean Women’s movement, she was a founding member and first chair of the Caribbean Association for Feminist Research and Action (CAFRA). A former president of Research Committee-32 (Women and Society) of the International Sociological Association (ISA) (1994-1998), she is currently a member of the Executive Committee of the ISA and has also served on the Council and advisory committee of the Caribbean Studies Association.  Her numerous publications include Women, Labour and Politics in Trinidad and Tobago: A History, Zed Books, 1994 which was named a CHOICE Outstanding Academic Book for