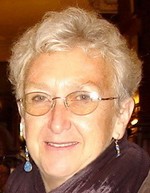 How did you come to specialize in Caribbean Studies?

I came to Caribbean Studies through Latin American Studies. My doctoral studies under the great late historian Eric Hobsbawm at Birkbeck College, University of London, took me to Cuba in 1968 to research labour history in tobacco. They were heady times and I stayed, having met my soul mate – and life partner to this day – writer and journalist Pedro Pérez Sarduy. It was several years before I finished my PhD (1975) and reworked my thesis to be published as a monograph for Cambridge University Press (1985), our two children and an exciting social and cultural life in Cuba taking up much of my time in the intervening years. The 1984 Association of Caribbean Historians conference in Barbados took me for the first time to the English-speaking Caribbean, and it was an awakening on two fronts. First was the shamefully little I, as a British historian, knew of the historical past of the country of my birth in the region. Second was the depth of the linguistic, cultural and many other regional divides, reflected in Cuba at the time identifying more with Latin America than the Caribbean. The two combined to catapult me headlong into Caribbean Studies.

How did your interest in and commitment to Caribbean Studies evolve?

The early 1980s saw us immersed in the strong British Caribbean presence in London, and again back in Cuba we became part of a resurgent intellectual and political interest in the Caribbean. This was particularly strong in the eastern part of the island, where Santiago de Cuba’s Casa del Caribe reached out to communities descended from Haitians and British Caribbeans, but also had a trajectory in western Havana, where Casa de las Americas created its Centro de Estudios del Caribe and prize for Caribbean writing. Returning to the UK in 1987, the Caribbean travelled with me; and, after a year in New York on a Cuba visiting professorship at Hunter College’s Centro de Estudios Puertoriqueños, in 1990 I was appointed jointly by the University of London’s Institutes of Commonwealth Studies and Latin American Studies to create a pan-Caribbean initiative. A year later, I joined what was then the Polytechnic of North London, subsequently becoming the University of North London (1992) and then merging with London Guildhall University to become London Metropolitan University (2002). The University practiced widening participation to the full, and many students of Caribbean origin and descent came to study there. Teaching Latin American and Caribbean history evolved into a multidisciplinary Caribbean Studies degree programme and a Caribbean Studies Centre, which I directed from its creation in 2002 until 2009, when I left the University.

When did you first join CSA and what did it mean to you then?

I joined CSA in 1991. We had been back in the UK since 1987, and close colleagues alerted me to the CSA Conference that year being held in Havana. Also, the late Leyster Coltman was about to take up post as British ambassador to Cuba, and he invited me to stay at the residence when I was there. The combination was too good to miss, and some of my memorable CSA moments are linked to Cuba: seeing members cope admirably with power outages and paddling in water at Havana’s Hotel Presidente in that year’s unseasonable weather (while I was fine up the hill in the residence) and the following year taking one of the first Cubans to Grenada since 1983 for a gender and environment workshop and CSA 1992.

What were your goals for CSA the year of your presidency?

My goals in the year of my presidency, 2003, were part operational and part visionary. While I was vice-president, the CSA secretariat and newsletter both needed to find new institutional homes. I had found them, but they needed to be built up and consolidated. My vision was for CSA to become truly pan-Caribbean. As one who speaks English, Spanish and French, I have long been painfully aware that I am nowhere near the norm – I wasn’t back then and am still not today. I hoped to nurture a more pluralist CSA, with a wider linguistic and cultural sensitivity that did more than pay lip service to the region as a whole.

What did you recognize to be the greatest obstacles facing CSA and Caribbean Studies during your presidency?

The single greatest obstacle during my presidency was when plans which had been under way since early 2002 to take CSA 2003 to Santiago de Cuba fell through later that year. Since I had been elected President with a promise to do just that, I did my utmost to make it happen and not accept defeat, but it was not to be.

What did you consider to be the greatest accomplishment of CSA that year?

By far the greatest accomplishment was holding a successful 2003 CSA conference in Belize. Through Cuban and Belizean contacts in London, and the good offices of programme chair Irma McLaurin and her contacts in Belize, the two of us travelled to Belize in late 2002 for initial meetings. The Belizean government and academic and NGO communities gave us their full support, and at short notice together we pulled it off.

Why did you choose the location you did for the CSA annual conference that year?

I chose Cuba, or rather Cuba was chosen for me. When I was nominated to stand for vice-president, many who voted for me made their wish clear that CSA return to Cuba (where it had only been once in 1991) and for me to take it not to Havana but the island’s ‘Caribbean’ second city, eastern Santiago de Cuba. Our meetings there were most positive, and everything seemed to be in place, but sadly we were stopped in our tracks. That said, Belize as fallback was amazing, so no regrets on that front.

Where do you hope to see CSA in the next ten years?

I hope to be around to see CSA in the next ten years achieve that elusive goal I had over ten years ago, to create a truly multi-linguistic Pan-Caribbean association, and also to achieve an equally elusive inclusive approach that embraces not only the region as a whole but also its many Diasporas.

What is one of your fondest CSA memories?

I have many fond memories of CSA, but my fondest of all has to be the warmth and generosity of Belizeans in hosting at such short notice the 2003 Conference and the personal as well as intellectual experiences of travelling the country that year. I had been fortunate enough to visit many territories in the region, but Belize was not one of them. It is now long overdue that I pay a return visit.

What are you doing now in terms of the Caribbean?

Since 2007, I have been co-directing a Commodities of Empire British Academy Research Project, and it has been an exhilarating journey to meld my Caribbean Studies background into a global studies approach. Understanding, for example, the connected histories of Cuba and Indonesia raises important issues about the limitations of Caribbean Studies if the broader connections are not made, such as those being forged between Atlantic and Pacific Studies. Also, since 2011, I have been co-researcher, with Catherine Krull, for a Canadian SSHRC-funded project on the post-1989 new Cuban Diasporas in Canada and Western Europe. Migration is a dominant issue today for the region – and the world – and new flows, including to Asia, bring new intellectual challenges.

Where do see the future of Caribbean Studies?

For many of us in the region and beyond, Caribbean Studies has long been ‘an endangered species’, holding its ground in regional associations like CSA and relatively few centres and institutes, as academia retreats into the disciplines – if ever it ventured out. A long-standing member of the Association of Caribbean Historians, I was most attracted to CSA by its multi-disciplinarity, and I never looked back, taking part in as many CSA conferences as I could; enjoying the diverse places it took me; and getting to know wonderful colleagues, many of whom became close friends. CSA’s future is ensured if it nurtures younger scholars in the broader vision it has held dear.

What would you recommend to a young scholar starting in Caribbean Studies?

My advice to young scholars starting in Caribbean Studies has been unwavering over the years. Keep an open mind, combat insularisms and linguistic sub-regionalisms, learn at least one or two other languages of the region if you can, and embrace those who are located across the geographical boundaries of the region and across its demographic ones far and wide. Caribbean Studies and CSA need to be truly both pan-Caribbean and pan-Diasporic Caribbean.