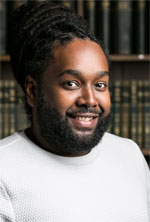 Dr. Nikoli Attai is a Provost’s Postdoctoral Fellow in Women and Gender Studies at the University of Toronto, Canada. He is currently working on his first book manuscript titled “Real Queer? Interrogating Human Rights Activism in the Queer Caribbean,” and is co-editing an anthology of essays titled “Free Up Yuhself: Transgressive Bodies and Contestations in the Carnivalesque.” Dr Attai is also curating an archive of Trinidad and Tobago’s queer history, as part of a larger project that traces legacies of queer community making and resistance in the Caribbean.

Dr. Attai has recently published two peer- reviewed essays. His latest (2019) essay, “LGBT Rights, Sexual Citizenship, and Blacklighting in the Anglophone Caribbean: What Do Queers Want, What Does Colonialism Need?”, appears in the Oxford Handbook of LGBT and Sexual Politics, while another (2017) titled “Let’s Liberate the Bullers: Toronto Human Rights Activism and Inplications for LGBT Activism”, is published in the Journal of Eastern Caribbean Studies. Four other essays are currently in press and scheduled for publication shortly.

Dr. Attai’s other research and scholarly interests include queer carnival tourism in Trinidad and Tobago, transgressive community making in the Caribbean and social media visibility by gender-nonconforming people in the Caribbean.

Ah Come Out to Play: Manoeuvring the Politics of Carnival Tourism Heteronormativity in Trinidad and Tobago. In Carnival, Culture and Tourism, edited by Violet Cuffy. CABI Press, Oxfordshire, United Kingdom.