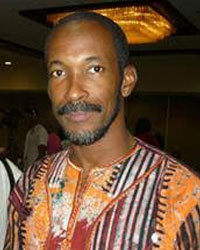 Samuel Furé Davis obtained his Doctorate in Sciences of Art at the Higher Institute of Art of Havana (2006), a Master’s degree in Interdisciplinary Studies on Latin America, the Caribbean and Cuba at the Faculty of Philosophy and History (1997) and a Bachelor of English Language and Literature at the Faculty of Foreign Languages ​​(1987) both at the University of Havana. He worked as a professor of Spanish language and translation at the Institute of Languages ​​of Ghana between 1989 and 1992 before his current position in the Department of English at the Faculty of Foreign Languages ​​of the University of Havana since 1993. There he serves as Professor of English Language and Anglo-Caribbean Literature and has held various academic and administrative responsibilities; He is currently Head of Department. He has been an active member of the Caribbean Studies Association (CSA) since 1998 and its Executive Council. He is also a member of other academic organizations. He has participated in numerous national and international events and lectured for pre and postgraduate courses in Cuba and in universities in several countries. He is the author of dozens of articles that appear in refereed journals in Cuba, the Caribbean, North America and Europe. He won the “Pinos Nuevos” Prize for his book Cantos de Resistencia, an artistic-literary essay on the texts of reggae and dub poetry (Cuban Letters, Havana, 2000), and the Cuban Catauro Prize for his third book La Cultura Rastafari in Cuba (Editorial Oriente, Santiago, 2011).