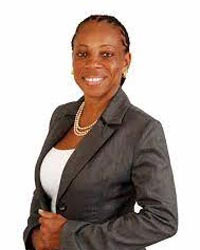 I was born in Curacao and raised in St. Martin, both Caribbean territories administered by the Kingdom of the Netherlands.

In 1996, I obtained a pre-law diploma (propaedeuse) from the University of the Netherlands Antilles in Curacao, while working as the community outreach and prevention officer for Turning Point, a drug rehabilitation center, and an editor for The Chronicle newspaper.

From 2010 – 2012, I served as St. Martin’s first Minister of Education, Culture, Sports, and Youth Affairs in the UP/DP coalition government. While serving as minister, I graduated from the University of Puerto Rico in 2011, with a doctorate in English, specializing in Caribbean linguistics.

Since leaving office, I continue to work as a consultant and currently teach English at the University of The Bahamas.

I’m the owner/operator of SoIL (Source of Inspiration and Learning) book café and the founder of the Institute for Language Research and Development, under which the United Academy is run.

My book Language, Culture, and Identity in St. Martin was published in 2014.

I believe in the love, unity, and people empowerment.