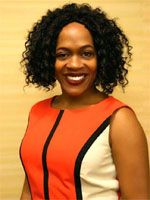 Karen Flynn is an Associate professor in the Department of Gender and Women’s Studies, the Department of African-American Studies, and the Center for African Studies at the University of Illinois, Urbana-Champaign. She received her Ph.D. in Women’s Studies from York University, Toronto, Ontario, in 2003. Her research interests include migration and travel, Black Canada, health, popular culture, feminist, Diasporic and post-colonial studies. Dr. Flynn’s book: Moving Beyond Borders: Black Canadian and Caribbean women in the African Canadian Diaspora published by University of Toronto won the Lavinia L. Dock Award from the American Association of the History of Nursing. She is currently working on a second book project that maps the travel itineraries of young Black EFL teachers across borders.

In addition to her academic work, Dr. Flynn has published numerous editorials in Share, Canada’s largest ethnic newspaper, which serves the Black & Caribbean communities in the Greater Metropolitan Toronto area. area. Dr. Flynn has had oped articles in Now Magazine, the Toronto Star, and Rabble.ca. She was also a free-lance writer for Canada Extra, and most recently for Swaymag.ca where she wrote passionately about contemporary issues considering issues of race, gender, class, sexuality, age, and nation. Dr. Flynn was recently a Dean’s Fellow for the College of Liberal Arts and Sciences (LAS), a program geared towards strengthening and expanding the cadre of leaders in the College. In 2015, Dr. Flynn was selected as the Conrad Humanities Fellow for LAS for excellence in scholarship.

Negative characterizations of the black family persist in various geographical locations across the African diaspora, and at the center of these discussions are mothers. Recent discussions, especially in the Canadian mainstream media, are often framed in a pathological manner, in which black mothers (primarily of Caribbean descent) as sole support providers are vilified for supposedly raising violent children, mostly boys. Daughters are largely omitted from the discourse; it is as if they do not exist. Feminist scholars have been critical to debunking the pathological analyses associated with the black family, both historically and contemporarily. Situating the family firmly within the historical, political, social, and economic climate, scholars underscore the black family as a resistive institution against racism, colonial culture, structural, and economic inequalities. These studies provide a significant corrective to traditional interpretations regarding the organization, structure, and function of African diasporic heterosexual families. What is also abundantly clear is that discussions of motherhood cannot be isolated from prevailing gender ideologies about womanhood.

As a transnational and oppositional expressive culture, dancehall music challenges and unsettles middle-class Caribbean peoples’ Judeo-Christian sensibilities about morality, sexuality and gender relations. In fact, dancehall culture unhinges and makes visible those entrenched hierarchies based on race, class, gender, sexuality and geographic locale. Essentially, dancehall is an extension of and reminiscent of the larger society that contemporary diasporic Black women occupy. To accuse dancehall culture of women’s subordination effaces the structural inequality which has spawned slavery, colonialism, imperialism, Judeo-Christianity and global capitalism. This is not to negate dancehall’s own support of patriarchal ideals visible in the promotion of male sexual aggression and lyrics that denigrate women. However, the music and the dancehall physical space are mediated by women’s own assertions of their sexual autonomy and changing gender relations.

On behalf of the Women’s Resources Center within the Office of Inclusion and Intercultural Relations, it gives me great pleasure to announce that you have been selected as a 2017 honoree at our upcoming International Women’s Day Celebration in recognition of your invaluable work on behalf of women! The Women’s Resources Center, together with numerous units on campus, is excited to honor the work of women in our campus-community whose work has helped improved communities all over the globe! Our honorees this year represent a wide-range of achievements within the fields of education, healthcare, policy, history, and social work!