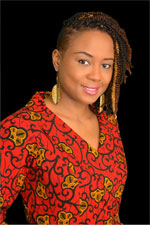 Her Excellency Dr. Halimah DeShong is Senior Lecturer and Head of the Institute for Gender and Development Studies: Nita Barrow Unit at The University of the West Indies( The UWI), Cave Hill Campus. Currently on secondment from The UWI, she now serves as Ambassador and Second Deputy Permanent Representative at the Permanent Mission of Saint Vincent and the Grenadines to the United Nations in the US.

An experienced feminist researcher, she specializes in gendered and gender-based violence, feminist methodologies, anti-colonial feminisms, qualitative interviewing, and the analysis of talk and text. She is the co-editor (with Professor Kamala Kempadoo) of Methodologies in Caribbean Research on Gender & Sexuality(2021) and is currently completing another book length manuscript on violence, the coloniality of gender and change. Her scholarly work is published in a wide range of peer-reviewed academic journals and books. She is single and joint editor of four special issues of academic journals on Feminist Methodologies; Men and Masculinities; and Gender, Sexuality and Feminism in the Caribbean. In 2015, she was recipient of a UWI, Cave Hill Campus Research Award for outstanding research.

Halimah has advised Caribbean governments on gender-based violence policies and laws, is the author of the Saint Vincent and the Grenadines (SVG) National Gender-based Violence Action Plan and has jointly designed a GBV/HFLE curriculum for post-secondary school students in SVG (with Dr. Tonya Haynes). She was also the lead researcher and author of the qualitative component of the UN Women/CARICOM/Caribbean Development Bank Women’s Health Survey on violence against women in Grenada.

At present, she is SVG’s expert, on the United Nations Security Council, on Women, Peace and Security; Children and Armed Conflict; Youth, Peace and Security, the Protection of Civilians. She has also worked on the situations in Mali, Guinea-Bissau, West Africa and the Sahel, and Somalia. Animating her teaching, public service, scholarship and outreach is a concern for ending the enduring effects of complex systems of violence.

As a Vincentian former National Senior and Under-23 Netball player, Halimah has had the distinction of serving as captain for both teams. She was the first of a long line of Vincentian athletes to be awarded a university scholarship by the Government of Saint Vincent and the Grenadines for service as a national athlete.

She was named Vincentian Sports Women of the Year in 2000, following a successful tour with the Vincentian NationalUnder-23 and Senior Teams. She was selected to the West Indies Netball Team at the end of the Caribbean Netball Association tournament in Nevis in 2000. She holds the honour of being featured on a national stamp and on27 October2014, she was named Sports Ambassador for Saint Vincent and the Grenadines during the Independence Day celebrations.

As a national scholarship recipient, in 2004,shegraduated with First Class Honours and was Class Valedictorian at The University of the West Indies (UWI), Cave Hill Campus. She received a Bachelor of Arts in History with Literatures in English. She was awarded a Wellcome Trust Fellowship in 2004 and completed a Master of Philosophy degree in Social Policy at The UWI, Cave Hill Campus. During this period, she representedSaint Vincent and the Grenadines at the International Netball Federation World Netball Championship in 2003in Jamaica, featured prominently as part of the success Cave Hill Campus netball team during The UWI Inter-Campus Games, and represented The UWI, Cave Hill netball team in the Barbados National Netball tournament.

In 2006, she was awarded a Commonwealth Scholarship and completed a PhD in the Sociology of Gender and Violence at the University of Manchester in the United Kingdom in 2010. While in the UK, she represented the University of Manchester in netball, played for the Caribbean diaspora team, Flava, in the Manchester Evening League, and represented Northern Thunder in the English Super League. During this period, she also received netball umpire accreditation by England Netball. Throughout her entire period as a student Halimah participated in some form of netball practically every day.