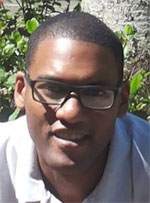 Gregory Richardson is a lecturer and researcher at the Instituto Pedagogico Arubano in Aruba (Dutch Caribbean). He has published several works on Calypso Music in Aruba and the region. Other areas of research include, general Latin American and Caribbean studies, sociolinguistics, music and education.