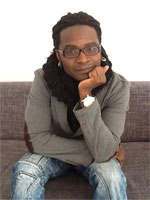 Since obtaining his PhD in 2006 at the University of Amsterdam, Dr. Francio Guadeloupe has worked in various universities in the Kingdom of the Netherlands. A social and cultural anthropologist by training, specializing in public anthropology, Dr. Guadeloupe served for four years as the President of the University of St. Martin (USM), until hurricane Irma led to the temporary closure of the institution on the bi-national Caribbean island of Sint Maarten and Saint Martin. Under his leadership the USM obtained international accreditations for its associate degree programs in Hospitality and Business. In addition through a cooperation with the University of the US Virgin Islands, the USM was able to offer internationally accredited joint Bachelor and Master degrees in the Educational Sciences and Business Administration.

After hurricane Irma, Dr. Guadeloupe returned to the Netherlands. He is currently employed as a senior research fellow at the Royal Netherlands Institute for Southeast Asian and Caribbean Studies (KITLV- KNAW). He is also a tenured lecturer and researcher at the University of Amsterdam since 2010.

Guadeloupe’s principle areas of research have been on the manner in which popular understandings of national belonging, ethnic diversity, cultural heritage, religious identity, and mass media constructions of truth, continue to be impacted by colonial racisms and global capital. He has pursued these interests in his research and publications on social processes on the bi-national island of Saint Martin & Sint Maarten (St. Martin), Curaçao, Aruba, Saba, Sint Eustatius, Brazil, and the Netherlands.

He is the author of the monograph, Chanting Down the New Jerusalem: Calypso, Christianity, and Capitalism in the Caribbean (University of California Press, 2009). Essays of Guadeloupe have appeared in Transforming Anthropology, Latin American and Caribbean Ethnic Studies, Social Analysis, Etnofoor, Women Studies International Forum, and the Journal for the Study of Religion.