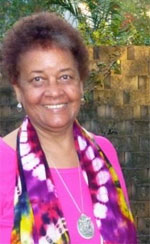 Anne Hickling-Hudson is a Professor of Education in an adjunct capacity in the School of Cultural and Professional Learning at Queensland University of Technology (QUT) (Brisbane, Australia). During her 25 year career at QUT, Professor Hickling-Hudson has made a significant contribution to research on education in the Global South. She has been a pioneer in applying postcolonial theory to comparative and international education, using the method to analyse education for change in the Caribbean (particularly in Cuba, Jamaica and Grenada), Papua New Guinea and Australia. She has been published widely, and has won prestigious fellowships and grants to conduct her research, including a Rockefeller Fellowship and two Australian Research Council large grants. Her publications include analyses of education for development and decolonization, of race, class and gender challenges in schools and texts, and of intercultural and postcolonial pedagogy. Her research into Cuba’s unique internationalist role in education led to the 2012 book The Capacity to Share: A Study of Cuba’s International Cooperation in Education (eds. A. Hickling-Hudson, J. Corona Gonzalez and R. Preston, New York: Palgrave Macmillan, 20 chapters).

Born and raised in Jamaica, Professor Hickling-Hudson gained BA and MA degrees in History Honours and in Education from the University of the West Indies (Mona campus), a research Master’s in modern Chinese history from the University of Hong Kong, and a graduate Diploma in Media from the Australian Film, Television and Radio School (AFTRS), based in Sydney. Her PhD, from the University of Queensland in Australia, comparatively analysed adult education in the Grenada Revolution and afterwards, and in 1996 won two awards for thesis of the year – the Gail Kelly Award from the US-based Comparative and International Education Society (CIES), and the annual award from the Australian Association for Research in Education (AARE).

Her career as a teacher, teacher educator, researcher, education planner and community activist spans the Caribbean, the UK, the USA, Hong Kong and Australia. The foundation of her passionate commitment to help decolonize education stems from her years of working as a teacher in impoverished communities in Jamaica, and as a teacher educator in Jamaica and then in Grenada, where, in the 1980s, she had the opportunity to work with Brazilian educator Paulo Freire, as well as with notable Caribbean colleagues such as Dr. Didacus Jules, to prepare teachers for educational change. She was one of six educators profiled in the book ‘Six Jamaican Educators’ (Arawak Publications, 2009) edited by Professor Hyacinth Evans of the University of the West Indies, in a chapter entitled: ‘Breaking Barriers: Anne Hickling-Hudson Interviewed’, pages 193-234.

Subjects that she has designed and implemented during her teacher-education career at QUT include: The Global Teacher, Cultural Diversity and Education, Asian Cultures and Education (for undergraduates), and Globalization and Change in Education (for M.Ed. students), while she has co-designed and team-taught sociology of education subjects such as Education in Context and Teaching in New Times. In 1999, she led a team of QUT colleagues in winning a grant to prepare and pilot curriculum materials for a national teacher education syllabus on ‘Teaching the Studies of Asia’, and to deliver a template for a 40 hour Studies of Asia program (accredited at M. Ed. level), which has been adopted by 11 Australian universities.

In her role as an editor of scholarly research, she is on the editorial board of leading international education journals including Compare, The International Journal of Educational Development, Policy Futures in Education, Critical Literacies: Theories and Practices, and a regional journal, the Caribbean Journal of Education. She co-edits the book series Postcolonial Studies in Education (Palgrave Macmillan) which has so far published twelve scholarly books, and the online journal Postcolonial Directions in Education: see links http://www.um.edu.mt/pde/index.php/pde1/issue/archive

Professor Hickling-Hudson is a founding member of the Australian Association for Caribbean Studies, which started in 1994 with its inaugural conference at the University of Queensland. Since then, she has been one of a small group of scholars who have shaped Caribbean Studies in Australia. She has held prestigious leadership positions, including the Presidency of the World Council of Comparative Education (2001-2004), of the British Association of International and Comparative Education (BAICE), of the Australia and New Zealand Comparative and International Education Society (ANZCIES), and of the Australian Association for Caribbean Studies (2009-2011), and has given numerous keynote speeches around the world on education for decolonization and radical change.