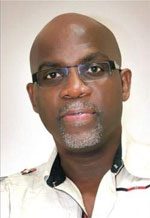 Dennis Howard is a former entertainment journalist, radio presenter, television producer, and record producer. The music historian has over 35 years experience in the creative industries, during which he has held several positions at various media houses in Jamaica. He completed radio stints at JBC Radio One, KLAS FM 85, News Talk 93FM and XM satellite radio in the United Sates.

As a columnist at the Jamaica Observer, Howard a developed a reputation as one of the leading authorities in the entertainment industry and the history of the Jamaican popular music. During the same period, he developed and produced the popular TV show Man Talk on Television Jamaica (TVJ). He is also the founding programme manager and producer/ presenter at Irie FM and spearheaded its rise to the number one station in Jamaica.

In the entertainment industry, he has managed several reggae and dancehall artists. These include Tanya Stevens, Mr. G, Live Wya and Peter Lloyd. He was also served publicist for Morgan Heritage, Tony Rebel, Cobra, Shinehead, Bobby Konders and the Massive B Crew among others. He has done show promotion and production management for major entertainment events including Sting, Curefest, Prime Minster’s Gala, Bob Marley One Love 60 anniversary concert, Portmore Salute and the Shock Attack series.

The Grammy nominated music producer, with several hit songs in Jamaica and the United Kingdom, Howard holds a Ph.D. in Cultural Studies specialising in the creative industries and ethnomusicology from the University of the West Indies and have served as adjunct lecturer at the Vocational Training Development Institute (VTDI) , the University of the West Indies, the University of Technology and the University of the Commonwealth Caribbean. Howard has an immeasurable passion for the cultural industry of Jamaica, one he has shared on all levels, presenting research in relation to areas of his expertise at global conferences in nations such as Brazil, the United Kingdom, South Africa, Japan and several Caribbean islands. He is the author of two books Rantin From Inside the Dancehall and The Creative Echo Chamber: Contemporary Music Production in Kingston Jamaica. The later has been lauded for its ground-breaking analysis of Jamaican culture and recording industry.

He served as a senior advisor in the Ministry of Youth and Culture and is a former chairman of the Jamaica Cultural Development Commission (JCDC) and sits on several public and private boards. Dr. Howard recently severed as General Manager, Radio Services for the RJRGLEANER Communications Group. With five radio stations under his portfolio, he successfully restructured the division. He rebranded all five station which led to increases in listenership and a revitalization of the 5 brands through the expansion of their digital footprint. Currently he’s the managing director of the Institute of Cultural Policy and Innovation, (ICPI), a research consultancy that specializes in cultural enterprise consulting services. ICPI also offers training in event planning, music business management, creative entrepreneurship and intellectual property. 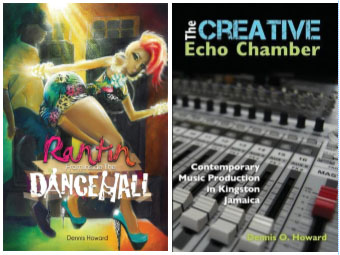