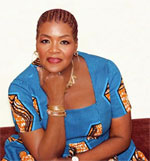 Prof. Carole Boyce Davies, CSA President 2015-2016,  has been appointed the Frank H.T. Rhodes Professor of Humane Letters at Cornell University, effective 1 July, 2020, a professorship named after the 9th and longest serving president of Cornell whose leadership is described as follows:

“During his tenure as president the percentage of minority students grew from 8 percent in 1977 to 28 percent in 1994. The number of women and minority members of the faculty more than doubled. In the final years of his presidency a capital campaign raised $1.5 billion. In 1995 the building that houses what was then known as the Cornell Theory Center was named Frank H. T. Rhodes Hall. Cornell also has a professorship honoring Rhodes; Frank H.T. Rhodes Class of ’56 University Professors are appointed to three-year terms. In 2010, the University also created new postgraduate student fellowships named after Rhodes to support students committed to the field of public interest law, and enable them to gain in-depth experience in work on behalf of the poor, the elderly, the homeless, and those deprived of civil rights.”

According to former Cornell graduate student Dr. Siga Jagne,  now Commissioner of Gender of ECOWAS: “As President of the African Students Association, he invited me to the special dinners and meetings he had with Cornell donors so we could have one on one discussions on our needs and the importance of diversity at Cornell. He supported the setting up of the Institute for African Development at Cornell and I worked there when it was finally set-up.

Carole Boyce-Davies has held distinguished professorships at a number of other universities such as the Herskovits Professorship at Northwestern University (2000) and was appointed to the Kwame Nkrumah Chair at the University of Ghana, Legon (2015).  She has also been the recipient of The Franz Fanon Lifetime Achievement Award from the Caribbean Philosophical Association and the Distinguished Africanist Award from the New York State African Studies Association.

The author of the prize-wining Left of Karl Marx. The Political Life of Black Communist Claudia Jones (2008) and the classic Black Women, Writing and Identity: Migrations of the Subject (1994) and Caribbean Spaces. Escape Routes from Twilight Zones (2013) which was long-listed for the OCM-BOCAS Prize, dealing with the issue of transnational migration and the internationalizing of Caribbean culture. A bi-lingual children’s story Walking/An Avaan (2016/2017) recaptures the adventures of a typical walking character in the Caribbean. In addition to over a hundred journal essays, articles and encyclopedia entries, Dr. Boyce Davies has also published thirteen critical editions on African, African Diaspora and Caribbean literature and culture including the 3-volume Encyclopedia of the African Diaspora (2008). Her new project is a study of Black Women and Political leadership in the African Diaspora to be published by Lexington Books of Rowman and Littlefield in 2021.