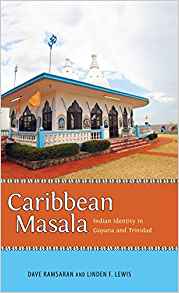 Even though the book focuses on two locations, Guyana and Trinidad, it speaks for the broader Caribbean region to theorize Asian Caribbean, particularly Indo-Caribbean identity through sociological and cultural inquiry. The argument is situated historically and focuses on issues of race, creolization, religious spiritual practices and gender identification. The book contains theoretical grounding, interviews and is documented with photographic images taken by the authors and from news archives. The book is in conversation with Afro-centric accounts of the history and culture of the region and argues for a nuanced discussion of the lived experiences of Indian communities of the Caribbean, Guyana and Trinidad in particular. Furthermore, the Indo-Caribbean communities also negotiated their connections with India and the contradictions of “belonging and nonbelonging,” as V.S. Naipaul put it, “East Indian. From the West Indies.” Hence the title of the book that emphasizes the “ambivalent processes of mixing, assimilating, and adapting,” while also negotiating cultural separateness or even “spiritual annihilation” when in demographic minority (such as in Martinique). 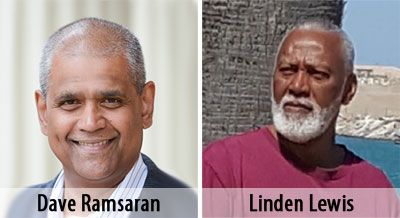 The book situates its argument within the theoretical perspectives of creolization and postcoloniality. The authors aim to correct the blind spot in the creole model, which concentrates more on people of African descent while paying insufficient attention to the contributions of people of Indian descent to the creolization process. The book builds on previous sociological and historical assessments of the complexities of Indo-Caribbean identity, but it also makes use of anthropological inquiry through discussions with focus groups and literary representations of the lived experiences of the Indian populations of Trinidad and Guyana, thus engaging in interdisciplinary analysis. The book broadens our understanding of the Indian communities of Guyana and Trinidad, addressing issues of race (understood as a cultural social construct), ritual, gender, family, and the challenges of modernity. While the book mostly focuses on Guyana and Trinidad, its observations and findings are relevant to the Indian communities of Guadeloupe, Martinique and Suriname also.