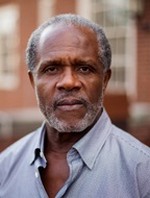 A Caribbean Studies Association member for 35 years, Professor Hilbourne Watson is Emeritus of International Relations at Bucknell University. Watson attended his first CSA conference in Castries, St. Lucia in 1976. He joined the organization officially in 1979 when it met in Martinique. Since then, he attended CSA every year until 2002 when it was held in the Bahamas. Missing a few more years, he returned to the conference in 2006 when it was held in Trinidad. Although Watson missed the next year’s conference in Salvador da Bahia, Brazil, he has not missed one since then.

Watson’s latest publications include an edited volume entitled Globalization, Sovereignty and Citizenship in the Caribbean, to be published this year by UWI Press; “Oliver Cromwell Cox’s understanding of capitalism and the problem of his materialist perspective.” Canadian Journal of Latin American and Caribbean Studies, Vol. 39, Issue 3, 382-402, 2015 – http://dx.doi.org/10.1080/08263663.2014.1013287; and “Grenada: Non-capitalist Path and the Derailment of a Social Democratic Revolution.” The Grenada Revolution: Reflections and Lessons, edited by Wendy C. Grenade. Jackson, MS: University Press of Mississippi 2015.

Perhaps his most important accolade comes from “Rate My Professors.com” where a student wrote, “Watson is probably the smartest man I know. I’ve had him for several classes over the years and he continues to make me think in new ways. I have definitely learned more in class with Watson that can be applied outside of Bucknell than any other professor. He’s tough, but I highly recommend him. It’s worth it.”