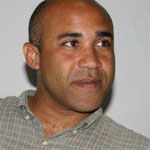 At the University of Puerto Rico (UPR) in Río Piedras, Carmona Báez taught at the faculties of Social Science and the College of General Studies, where together with his colleagues developed the country’s first Africana Studies programme –Afrodescendencia en Puerto Rico y el Caribe. While teaching Comparative Politics at Rio Piedras, he served as an OAS election observer for the 2005 general elections in the Republic of Suriname.  At UPR Bayamón, he taught general social sciences and research methodology. At the University of Amsterdam, he taught at the departments of Political Science, International Development Studies and the Graduate School of Social Sciences. He has served as Communication Officer and Researcher at the Amsterdam-based Transnational Institute, a progressive think-tank dedicated to studying sustainable and democratic policy alternatives. At The Hague, he worked as a political analyst and consultant for Latin American embassies. In 2015, he coordinated the first Caribbean-wide expert meeting on drug policies, attended by diplomats, dignitaries, grassroots activists and lawmakers, in San Juan, Puerto Rico.

Antonio Carmona Báez is author of State Resistance to Globalisation in Cuba (Pluto, 2004), and various articles, chapters and contributions concerning political economy, public policy, the condition of labour in the Caribbean and Decolonial thought. In 2014, he co-published “Sexual Self-determination in Cuba and the Epistemic Decolonial Turn” (Sexualities), which deals with state policies in sex education, gender identity and institutional attention to sexual diversity. Currently, his research interests concern post-hurricane disaster reconstruction and public policy in Puerto Rico and the non-independent Caribbean, especially in the areas of urban development, energy and sustainable agriculture. Forthcoming publications (2018) include the English translation of Anton de Kom’s We Slaves of Suriname (Pluto) and a peer reviewed co-edited volume entitled Smash the Pillars: Decoloniality and the Imaginary of Colour in the Dutch Kingdom (Lexington).

In the political sphere, Carmona Báez has been involved in labour organising and for four years has served as National Coordinator of Organisation for the Puerto Rican Association of University of Professors (APPU), by which he lead a successful campaign to guarantee health benefits for adjunct faculty in 2007. In Puerto Rico’s 2016 general elections, he ran for the mayor’s office of San Juan for the Working People’s Party, serving as the capital city’s first self-identified Black candidate.